The man behind the famous grin, Ayrton Senna, was a complex and cultured human being, still remembered for his humble and generous spirit. And as one of the best Formula One drivers of all time, Senna won three World Championships (1988, 1990, 1991), more than any other Brazilian driver.

But more than anything, during his races, Ayrton was a showman – he wanted to win, and he wanted people to see him winning. He brought artistry to the sport and made it more interesting for the public with his engaging persona. And he was an excellent ambassador for Formula One away from the track.

In a way, it’s relatively easy to explain the brilliance of Ayrton Senna. In his tragically short career, he won the Formula One Driver’s Championship three times. A feat that is something many drivers can only dream of doing. But such greatness isn’t brilliance.

Senna is significant as an artist athlete because he is a symbol of excellence in all areas of his life. He was a champion not only on the racetrack but also in his personal life. He is remembered for his humility, passion, loyalty, determination, and love for God.

Senna’s success in Formula One was down to a combination of innate ability and drive. He had an incredible knack for reinventing himself when it mattered, to stay ahead of the game. Even as a child, he was racing go-karts before he was 16.

He was a master at reading a situation, knowing when to apply pressure and when to ease off. And when he did apply pressure, Senna did it with devastating effect.

He had a unique combination of aggressive daring and subtle finesse. Senna’s precision and technique were so spectacular; his reflexes appeared nearly inhuman. He was a man able to make a McLaren dance with a touch of the foot. And Senna had a preternatural ability to read a race, to see the whole picture from a distance.

Rivalries bring out the best and worst in athletes.

Senna and Prost were both great drivers, but they were very different from each other. Prost was more of a technician, while Senna was more of an artist. Prost was technical and meticulous; Senna more instinctive and reactive.

And suddenly I realised that I was no longer driving the car consciously. I was driving it by a kind of instinct, only I was in a different dimension.

It wasn’t just one thing that caused friction between them. It was a combination of things, including Senna’s drive to be the best, Prost’s natural competitiveness, and the fact that they were in fierce competition with each other at every race.

Prost had been the champion for four years in a row before Senna joined McLaren. When he did arrive, it was like he came in with a mission to take Prost down.

For the 1988 season, Lotus had developed the Ford V6 turbo engine, which gave them the power to compete for wins and titles. The Lotus 99T was anticipated to be the best chassis of the year, and expectations were that Senna would deliver at least one title. However, Prost got the better of him as Renault-powered cars were very fast on the straights.

And Ayrton did not seek to renew his expiring contract with Lotus at the end of the season. He could have signed a new deal with Lotus, but McLaren had offered him more money and a better chance of winning. Not to mention that a particular Honda engine was also a part of the deal.

Senna influence on Formula One and Beyond

So, Senna’s sudden death at the San Marino Grand Prix in 1994, at the age of 34, stunned the motor racing world. But it devastated Brazil.

As his career began to take off, Senna remained humble. He never forgot his roots, and he cared about his people above all else. His talent and commitment were a beacon of light when Brazil was suffering from great poverty and unrest.

Despite growing up in somewhat privileged circumstances, Ayrton Senna recognized the hardships that many of his countrymen faced. He was most concerned about kids and their future. His family adopted Ayrton’s passion and, after his death, established the Ayrton Senna Institute, which has helped to educate more than 12 million Brazilian children with funds from his estate.

Today, many drivers still consider Ayrton Senna their favorite driver, with Michael Schumacher still holding up Senna as his role model a generation later. And when Schumacher learned that he had tied Senna in race wins, he was overcome with emotion, a rarity for the typically stoic German.

While it is true that he was still in the prime of his career at the time of his death, there is no doubt that his legacy is one of the greatest drivers ever. He set the standard for driver safety in Formula One and was a key figure in its evolution into the sport we know today.

A Kinesthetic Sense of Proprioception A Tyreek Hill 40 time was never recorded at the 2016 NFL Combine. Instead, incredibly poor behavior forced… 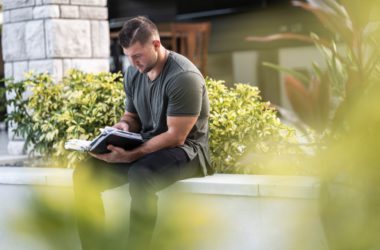 As an athlete, your attitude and behavior outside of competition can have just as much impact on the…