Unprecedented doesn’t begin to describe the moment when, on March 12, 2020, NBA commissioner Adam Silver put the basketball season on hold. Suddenly amazing athletes became a little more like us armchair and former athletes – liable to detraining.

And the trickle-down from Silver’s response to Rudy Gobert, of the Denver Nuggets, testing positive for Coronavirus would serve as a catalyst for sports organizations around the globe to follow suit. Almost overnight the sports world came to a screeching halt.

Suddenly, people who enjoy sports, whether they’re Steph Curry or Joe Shmoe, had no outlet for their thirst for exercise and competition.

Not only will this take a tremendous psychological toll on these people, but detraining could have an even more significant impact on physical fitness.

What happens after two to three weeks of inactivity?

Okay, so say that someone who’s been committing – at least – five hours a week to physical training stops all exercise. Cold turkey. In its place is sitting around, drinking beers, and one can only assume eating an abundance of ice cream and bacon. Is this detraining?

The last bit is just having a bit of fun. The following changes occur no matter someone’s caloric intake when they’re inactive.

VO2 max is someone’s maximal oxygen uptake, which is the prime measure of aerobic fitness.

After two weeks, this declines anywhere between 4% to 20%. Partially, this is due to reduced cardiac output on top of the muscle mass in the heart’s pumping chambers, decreasing by almost 20% after around three weeks of inactivity.

Another contributing factor is how the muscle physiology and biochemistry throughout the body start to morph without anaerobic exercise.

To further illustrate, reactions such as the once robust (from aerobic training) network of muscle capillaries declines. As such, there’s a potential 8% decline in muscle uptake.

What happens after two months?

Alright, so, the Coronavirus isn’t going to simply evaporate. Two months from now, instead of scoring goals, spiking footballs, raining buckets, or weightlifting/running, many now former athletes might be putting in most of their work into bowls of potato chips and on Netflix.

At this point, the heart is discernably less muscular, with the pumping chamber muscle-wall thickness reduced by as much as 25%. Plus, the muscle mitochondria are now less efficient at using oxygen to produce energy in one’s muscles by around 25%.

What solutions are there to detraining?

Really, if highly trained athletes sideline themselves for six months, they’re not bottoming themselves out like the average joe, but they will have a substantial climb back to their peak. At this point, the reversibility principle is in full effect.

Rest assured though, while it is hard to train without gyms or even going outside, there are ways around these obstacles. Hell if people can stay in shape under solitary confinement, social distancing should be no problem for the athlete inside of us.

Even though Coronavirus took many athletes’ heads out of their chosen game. It doesn’t mean we have to lead a sedentary lifestyle. 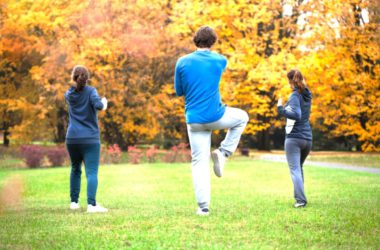 Tai chi developed in ancient China as a martial art and self-defense system. It is one of the… 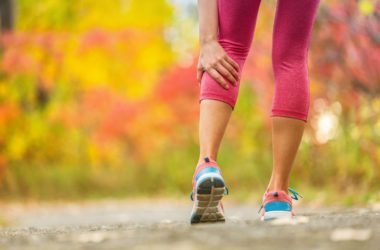 How to avoid calf cramps before, during, and after a workout

Calf cramps are a common ailment that affect many people. They can be caused by dehydration, muscle fatigue,…