“Loudest crowd roar at a sports stadium Seahawks-10” by PhilipRobertson is licensed under CC BY 2.0

The official DK Metcalf 40 time of 4.33 seconds at the NFL Scouting Combine put a number next to the viral social media sensation. A physical marvel at 6’3″ and 228 lbs, according to NFL Media, Metcalf’s historic dash was the fastest ever recorded for players 225 pounds or heavier.

But since his historic performance, Metcalf has been garnering accolades on the field while providing highlights for the mainstream media and the fantasy football crowd.

The first thing that jumps out about DK Metcalf’s play is a combination of size and incredible fitness. He’s big and fast, which made him an intriguing prospect.

“We had a guy walk in our room last night, a receiver out of Ole Miss, his name is Metcalf. I mean, he looked like Jim Brown. He’s the biggest wideout I’ve ever seen. You have to ask yourself, who is tackling this guy?”

But what makes him a great football player is his ability to make plays after the catch. It’s not just that he catches balls in traffic; it’s how he runs away from the defense creating yards after the catch with his body control and athleticism.

Metcalf is a big man. He’s not just tall and fast; he’s ridiculously strong. Metcalf is a big, strong wideout with long arms that can outleap defenders to catch the ball at its highest point. His combination of size, strength, length, and athleticism makes him one of the standout players in the league.

Metcalf is beginning to assemble an impressive highlight reel in the NFL, featuring the game-winning touchdown grabs you’d expect. And the most significant effort play of the year when he used his blazing speed to track down one All-Pro safety.

But as one might expect, given his eye-opening performances, the receiver’s Combine highlights are something to behold.

Um, yeah. Metcalf looks like a natural receiver – disguised as a linebacker.

Winning the NFL combine from 40-yard dash to bench

After putting up a 4.33 40-yard dash, 40.5-inch vertical jump, bench pressing 27 reps at 225 pounds, with under 2 percent body fat, Metcalf did not leave any doubt about his ability to look the part of an NFL All-Pro.

And with a 134-inch broad jump (11’2″), Metcalf’s fast-twitch prowess was never in question. But his hip mobility and lateral agility were sub-par for a wide receiver. Even Tom Brady’s three-cone drill was faster.

Metcalf’s explosiveness is undeniable, as he was a dangerous threat on reverses in college and had excellent open-field speed. But he’s still more athlete than a complete player.

However, his first season demonstrated good pass-catching skills, the ability to make contested catches, and a little more agility than his early tape demonstrated.

Getting off the sideline and on the field

Nobody is quite sure why the DK Metcalf 40 time is important to touchdowns and wins. And it feels like the Cowboys of the 1960s gave a copycat league an athletic baseline that like Kevin Colbert’s stopwatch, simply won’t go away.

So when Seattle Coach Pete Carroll, in another viral moment, took his shirt off to meet Metcalf, the absurd met the sublime. Since then, Metcalf has been making the Seattle Seahawks franchise look good with his shoulder pads and high energy effort.

When you line up an athletic marvel like Metcalf on the line of scrimmage, there’s no telling what might happen. The blend of size, physicality, and incredible speed gives most defenders problems to blocking, covering, and bringing him down on Sundays.

Boxing Champions and When to Throw in the Towel 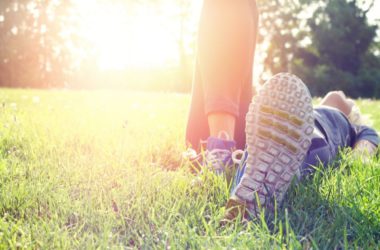 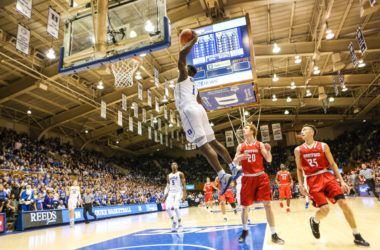