The swimming catch is often lumped together with another aspect – early vertical forearm (EVF). But a personal coaching bias is the static nature of calling something’ early’ or ‘vertical.’ The expressed visual connotation is a simple image when grabbing a great deal of water is dynamic in its very nature.

Rather, a great swimming catch depends on how everything connects and coordinates together—one fluid motion from component pieces like an early vertical forearm.

The swimming catch is not a moment in time

Instead, it’s a series of dynamic movements to initiate the propulsive phase of all swimming strokes. And you can accentuate that feeling with Mimic Swim Paddles.

One of the most challenging swimming concepts to understand is why a swimmer should initiate the pull phase with elbows anchored near the surface and certainly ‘above’ the wrist. Referred to as a “high-elbow pull” or an early vertical forearm position (EVF) the goal is to get perpendicular levers (arms) moving the body. Swimming with paddles also helps EVF because your opposite arm is just hanging out there, and you have time/space to let your other forearm drop into the proper position.

“It’s designed to reinforce EVF by keeping the elbow in front of the head as the recovery arm comes over,” Coley Stickels

By focusing on your catch and early vertical forearm, you can improve your distance per stroke to become more efficient in the water in all four strokes.

EVF works for all swimming strokes

The propulsive phase for three of the four swimming strokes begins as the hand enters the water from above and ends when it exits the water. The lone holdout being breaststroke, where the recovery is underwater, but all else mimics the other three strokes.

The propulsive phase of swimming is most relevant to speed because it is the overall distance covered during each cycle that determines whether we develop a high-frequency stroke rate or not.

To perform a high frequency, high amplitude propulsive arm action that covers a large amount of distance, the catch must be:

When looking at the side profile, you can see why the arm angle is critical to stroke technique. If the hand is directly below the elbow, your large muscle groups — the lats, glutes, and hip flexors — are engaged, and you’re in a power position. This position helps you access immediate power, putting you in a stronger position for an aggressive pull while protecting the rotator cuff from undue shoulder stress.

One of the critical things for EVF is to make sure that you catch as much water as possible with your fingertips pressing downward, forearm anchored through your high elbow catch. With the upper arm above both. Small nodes on these paddles’ surface reinforce fingertip pressure above the palm while allowing water to circulate between paddle and hand.

Most beginners, but even many experienced swimmers drop their elbow, which means their elbow is leading the way under the water when executing the freestyle stroke. Paddles without wrist straps encourage swimmers to cleanly exit a strong finish without ‘pushing’ back too far.

As a proper position in the catch technique, EVF is the most remarkable difference between average and elite swimmer’s efficient strokes. Training for and with it is something available to all of us. 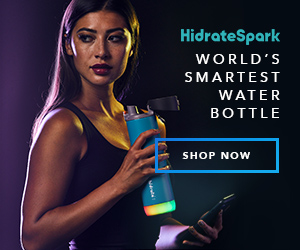 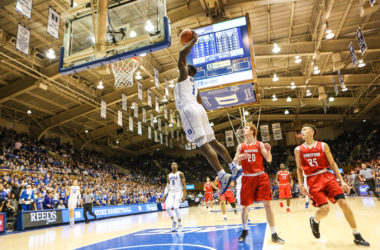 There is no question that Zion Williamson possesses other-worldly athleticism. His tremendous power is evident as he backs… 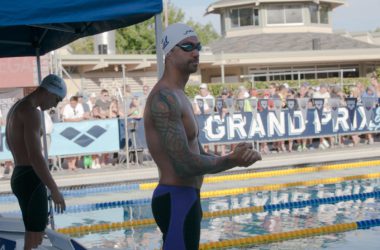 The Anatomy Of Great Freestyle Swimming

If you only had a month of swim training to improve your freestyle, first create a fantastic sustainable… 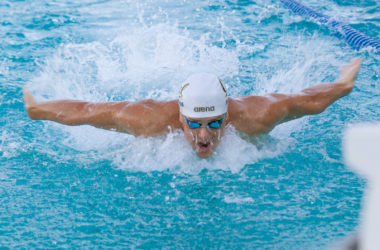 Butterfly Swimming With A Personalized Approach

When an amateur attempts butterfly swimming, a few frustrations quickly emerge. But these athletic enigmas are not nearly…