A Split Step to Soon is a Second to Late

We all know timing is everything. And on the tennis court, adding a split step to your game gives you just enough time to make a split second decision for that wrap-around forehand winner.

The split step has hopped out of professional tennis players

The split step is a little hop that tennis players take right before hitting the ball. It is a very small movement. But one that has a significant impact on the game.

A good split step is an essential tool for improving stability, enabling quicker reaction times, and maximizing power when players hit the ball. Think of it as earning a perfect ready position before the ball is even on its way.

Meanwhile, researchers uncovered that “Due to the split step the players were able to start the movement faster which mostly explains the advantages over the no-split step condition.”

While split steps can help all tennis players – even beginners – intermediate and advanced players reap the most benefits. This is likely due to improved, specific conditioning that may benefit from the stretch shortening cycle; rather than hitting and reacting to each shot flatfooted.

Each one is essentially two distinct movements: the initial take-off and the subsequent landing. The first is an anticipatory movement that primes tennis players’ instincts. The latter a mechanical response with the upper body in a ready position to strike a clean ball.

The most important aspect of a properly executed split step is the timing of it. So, start yours when you see the open face of their racket right before it makes contact with the ball. And time your plyometric skills ever so intelligently to hop from the ground, hover above the court, and land in a tremendous ready position to generate explosive power and pinpoint precision with each shot.

Advanced players might execute variations of 2-3 times in a row before finally making their move. (as Federer did in the above video).

With player’s age, training must include an increased number of game situations where tennis players are under time pressure (serve, net game and defensive game situations) and where the emphasis is also on the speed of movement, optimal split-step timing and a quick movement after the split-step. (ncbi.nlm.nih.gov)

Generally speaking, split-step after your ball lands on the other side of the court and before your opponent strikes the ball. You can take a more considerable split step to ‘attack’ a second serve. Or a minor, breaking split step before stabbing at a volley.

All court tennis requires a forward split-step and a lateral split-step. Sometimes, you even have to take a big step back with one foot to step up to the ball and hit it.

Split-steps link many movements together to create outstanding footwork. They create a brief pause for the returner to make split-second decisions, react efficiently, see where the ball is going, and change direction accordingly.

This brings us to the critical concept of bilateral deficit.

The bilateral limb deficit (BLD) phenomenon is the difference in maximal or near maximal force generating capacity of muscles when they are contracted alone or in combination with the contralateral muscles.

So if a tennis player wants to move left, their right leg will land ever so slightly earlier than the left. And by timing, this nearly imperceptible ‘tap, tap’ of the feet, your split step is vastly improved. The court opens up when your legs can spring in any direction. Especially when timed well with the approaching shot.

Time to step up your game

Then work on your split step timing and overall perception. Maybe even send a Federer serve back with supreme confidence.

And to find that next level of plyometric power and neuromotor control, use one leg ever so slightly more than the other to maximize directional force. 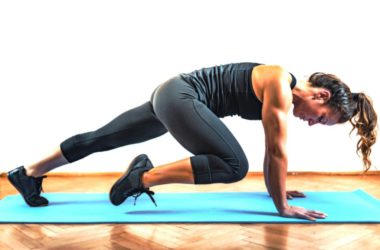 See Benefits of HIIT Workouts in Only 2 Weeks 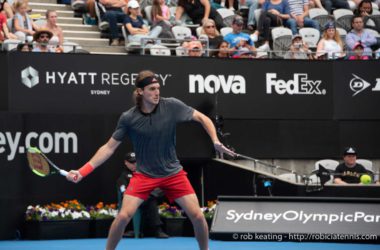 Tennis Grips From Your Favorite Players

As a tennis professional and coach, I feel the frustration from my players when they are repeatedly corrected… One of the most rewarding aspects of running is the runners high. A runner’s high is a euphoria…