It’s perhaps the indelible image of Roger Federer on the court, running around a ball hit to his backhand only to gracefully hit a blistering inside-out forehand cross-court. Some players develop a “feel” or the ability to predict ball flight before it happens.

But upon closer examination, the best tennis players at every level of the game tirelessly work a rally until they have a chance of striking a powerful forehand to win the point.

The forehand is usually our first love in tennis

The forehand is one of the most intuitive in tennis. It involves the same arm and shoulder motions we use when throwing a ball. When you play tennis, it is natural to try and hit the ball with this motion. And with the right technique, an incredible forehand can win many easy points and save valuable energy throughout the match.

If you play tennis more often, chances are that your forehand is your favorite shot because the best players in the world don’t just hit a solid forehand. They “unload” with it. They take up to ½ second before impact to accelerate through the spinning ball, shaving off pieces of it as they swing. And with arm speeds up to 8 m/s or ~18 miles an hour, we call this “unloading.”

Meanwhile, most recreational and intermediate players take little time to accelerate through impact, and then they slow down almost immediately. Happy to just hit the ball back, their ball speed slows down, and they lose control of their shot from a lack of spin. Resulting in untimely moments of inconsistency and low confidence with the forehand.

Research has also documented that, in high-level tennis, more tennis strokes are played under greater ‘time pressure’ on hard courts (~ 45%) than on clay (~30%).

To learn how to hit the forehand easily, you should break down the shot into small steps, including the grip, stance, swing, topspin, and follow-through. With attention to detail and a little practice time on the court, you find a smooth, effortless, and powerful forehand to unleash.

Use the forehand to open up the court

In tennis, the forehand ranks right behind the serve in importance for coaches and players. Its unique advantage over the backhand is the greater depth of the player’s swing, allowing for more control and spin. While also tending to put the player in a better position to hit the ball with maximum power.

Given the open nature of tennis play, especially on faster courts, the above forehand has characteristics that benefit precisely spinning a cross-court shot and redirecting down-the-line strokes, often with similar impact locations depending upon footwork.

Take a stance to find the right swing

The forehand is a stroke that includes many body movements. These include; body rotation, hip and shoulder flexion, shoulder abduction, wrist flexion and extension, elbow extension, and knee extension. Stances are essential for the development of core strength, flexibility, and injury avoidance.

Even with the forehand, it’s better to develop footwork with a correct grip to deliver a more powerful stroke at the right time to the right place.

Get a grip on your forehand

Over the years, players have moved their forehand grips farther and farther under the racquet’s handle. These seemingly strange grip positions may be advantageous as they maximize muscle activity, especially in the forearm muscles, to create a lot of topspin and some interesting modern forehands.

The truth is there is no single grip that is right for everyone, nor is there one grip that works in all match play situations.

Taking it into match play

The forehand is one of the most decisive tennis strokes, and it is often a tennis player’s most important weapon. During match play, competitors must ensure their forehand is built for a variety of environmental factors.

Yet this appears at odds because coaches often model tennis strokes to resemble each other closely. This kind of imitation can detract from the development of an individual’s particular strengths on the court and reduce overall control and coordination between strokes.

Tennis players at all levels of the sport must slightly vary their technique during the stroke as the ball changes speed and direction. So while the lower body’s stability is critical to the whole motion, the subtle coordination with the swing makes it nearly impossible to predict each shot’s precise needs during a match.

More broadly, it might be interpreted to support the relevance of the random practice of the forehand, among elite players, where some consistency in endpoint kinematics can be encouraged but with an almost implicit variation in the swing’s nature to impact.

Expert coaches are expected to understand neuromotor skills, biomechanics, psychology, and exercise physiology. And sometimes, this can cause paralysis by analysis as elite athletes improve.

Money, it’s gotta be the shoes

String technology improves. Tennis rackets evolve. But a Jack Sock topspin forehand in tennis – that’s an extraordinary contortion of muscles to watch, from the approach into contact to follow through.

A tennis player’s forehand has the potential to be a game-changing shot. The perfect forehand physics allows for Rafael Nadal’s unparalleled spin on clay and Roger Federer’s incomparable power on the grass. Then other baseline shots, so players should take advantage of it. However, to do so, you need to have the right forehand technique and practice it countlessly. 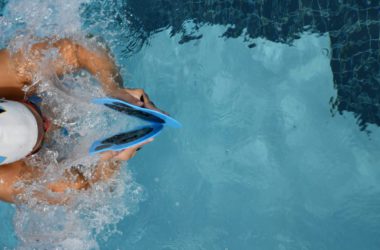 Every sport loves its idiosyncrasies, idioms, and insider jargon. Swimming is no different. Perhaps, even in an unrivaled… The best technique to swim backstroke with is an increasingly difficult question to answer without great context. Because… 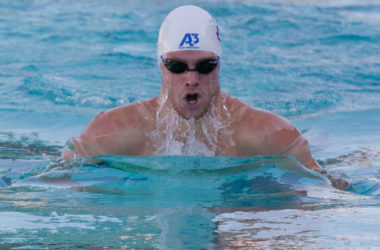 “Think different” became an apple slogan in the late 90s. And in order to try and understand breaststroke…