What Science Says About Creatine Before and After

Creatine is a naturally occurring compound found in muscle tissue. Creatine before and after workout helps recycle ATP from high-intensity exercise, the energy that supports muscle contraction. When muscle cells are short on ATP, they can draw upon it to continue contracting.

Creatine is taken up by the muscles and stored in the form of creatine phosphate. As short bursts of energy are needed in exercise, the muscles draw upon the phosphate, converting to ATP.

Fundamentally, it increases the amount of immediate energy stores available to muscles. It has been shown to help promote strength, speed, power, and lean muscle mass.

The two types of supplementation differ in how fast they are absorbed into the muscles.

In recent years, supplements have become popular with athletes, bodybuilders, and people who want to get stronger. There are two forms: creatine monohydrate and creatine ethyl ester.

Creatine monohydrate is the most studied and most effective form. It is readily available and affordable. It is the only form that has been shown to have ergogenic benefits.

Creatine ethyl ester is marketed as being absorbed faster, which means that more is available to muscles.

Effects of creatine before or after on athletic performance in soccer

For supplementation, β-alanine, and protein supplements, it is recommended to be taken at five specific times (pre-workout, during exercise, post-workout, mealtime, and before sleep) with different dosing protocol.

Creatine, β-alanine, and protein supplements, it is recommended to be taken in both shortened amounts < 2 weeks and acute daily time (1-3 hours).

Creatine is a safe and effective supplement for athletes. However, it is not a panacea and can’t turn normal people into Olympic athletes overnight.

It’s probably best to get your supplementation grams from food (meat, fish, eggs, etc.) if you can. If you do decide to supplement, make sure you buy the right stuff. You want a micronized powder.

And remember, it is not a substitute for hard work.

The majority of research on nutrient timing has focused on carbohydrate and protein intake. Emerging research suggests that the strategic ingestion of various dietary supplements and micronutrients may also have beneficial effects.

There is some evidence that caffeine, creatine, nitrates, sodium bicarbonate, beta-alanine, and iron may be beneficial when consumed at specific times before exercise.

These meta-analysis results indicate that massage is the most effective recovery method for reducing DOMS and perceived fatigue. The use of compression garments, massage, or water immersion may be useful for lowering perceived fatigue.

How to Increase Your Vertical Jump with 5 Muscle Groups 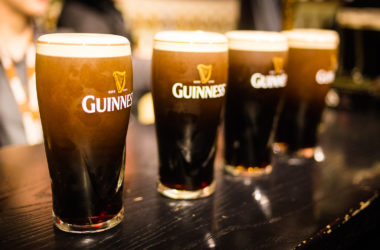 There’s a familiar experience when watching any fitness-centric commercials on television. And its not a beer after workout.… Workouts for sprinters should be tailored to the needs of the individual athlete. And successful sprinters in all… What happens when a group of well-trained middle and long distance runners of a certain age get together?…